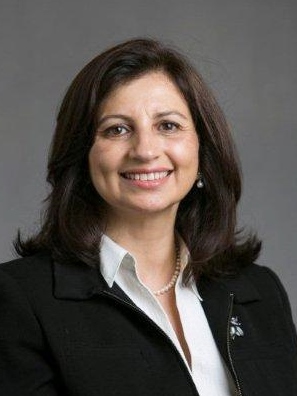 Soha Hassoun is currently teaching in the Department of Computer Science at Tufts University. She holds secondary appointments in the Department of Electrical and Computer Engineering and also in the Department of Chemical and Biological Engineering at Tufts. Soha received the BSEE degree from South Dakota State University, Brookings, SD, the Master’s degree from the Massachusetts Institute of Technology, Cambridge, MA, and the Ph.D. degree from the Department of Computer Science and Engineering, University of Washington, Seattle, WA. Soha was an integrated circuit designer with the Microprocessor Design Group, Digital Equipment Corporation, Hudson, MA, 1988-1991, and worked as a consultant to several EDA companies including Mentor Graphics and Carbon Design Automation. Her current research interests include developing algorithmic solutions to facilitate designing integrated circuits, and understanding the impact of new technologies such as double-gate devices, carbon nanotubes, and 3-D integration on design. Her other research includes computational methods for Systems Biology and Metabolic Engineering, including pathway analysis, modularity, pathway synthesis, and predictive modeling of biochemical networks.

Dr. Hassoun was a recipient of the NSF CAREER Award, and several awards from ACM/SIGDA for her service, including the Distinguished Service Award in 2000 and 2007, and the 2002 Technical Leadership Award. She held executive and technical leadership positions for several conferences and workshops, including DAC, ICCAD, IWLS, and TAU. She was ICCAD Technical Program Chair in 2005, ICCAD Vice Chair in 2006, ICCAD Chair in 2007, DAC Technical Program Co-Chair in 2011 and 2012, DAC Vice Chair in 2013, and DAC Chair in 2014. She co-founded the International Workshop on Bio-Design Automation in 2009. She was an Associate Editor of the IEEE Transactions On Computer-Aided Design and of the IEEE Design and Test magazine. She was nominated to the Defense Science Study Group, affiliated with DARPA’s Institute for Defense Analyses. In 2013, she was recognized by the Electronic Design Automation Consortium as one of 33 luminaries in the field of Electronic Design Automation. She served on the IEEE Council on Design Automation, and was Director of Educational Activities for ACM’s Special Interest Group on Design Automation for several years. She is a fellow of Tau Beta Pi, a senior member of IEEE and ACM, and a member of Eta Kappa Nu. 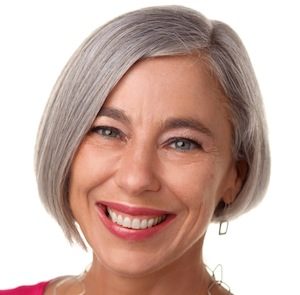 Dr. Mary Fernández is President of MentorNet, a division of Great Minds in STEM. Great Minds in STEM is a national non-profit with a 27-year history of advancing STEM education in under-served communities.  MentorNet is an open social network that provides the opportunity for all STEM students, nationwide and in all levels of higher education, to have access to mentors who are professionals working in STEM fields.  MentorNet’s guided, one-to-one mentorships help all students – especially women, under-represented minorities, and first-generation to college – to persist and succeed in their fields.  Since MentorNet opened its virtual doors in 1998, Mary has mentored 18 mentees while she pursued a career in computing research.  Before joining MentorNet, Mary had a 17-year career at AT&T Labs Research, as a research computer scientist specializing in database and information systems, then as the head of distributed computing research, and finally as assistant vice president of information and software systems research.  Mary received A.B. and Sc.M. degrees in computer science from Brown University and the Ph.D. in computer science from Princeton University.  She and her husband have two daughters, who keep her up to date on fashion and technology trends.